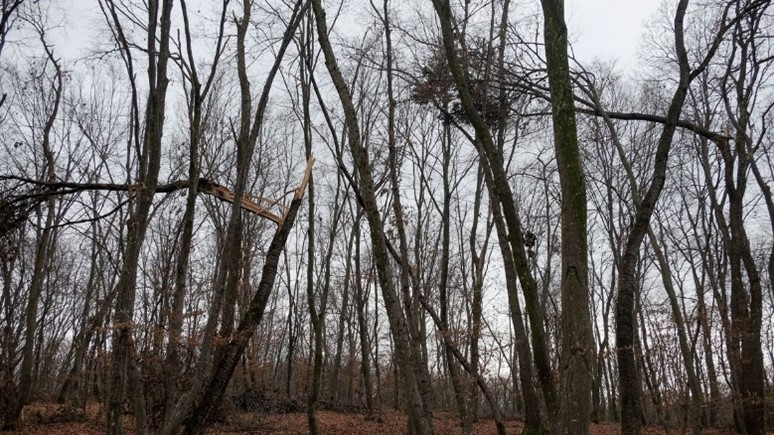 Hoja Bacui Forest in Romania has been long mentioned as the Bermuda Triangle of Romania where UFOs disappear, strange occurrences happen, and reported paranormal activity happens every night.

For the past 12 years the world’s most haunted forest in which many communities have vanished without a trace has been documented by enthusiasts. UFOS are spotted on a weekly basis, and this appears to be a place where people avoid going. This forest in Transylvania has been called one of the top haunted places after many strangest occurrences have happened. Currently the reputation of this location as a home for the paranormal and abductions has been heightened by an eerie atmosphere of twisted trees that go across 700 acres. Many people have entered this forest for hundreds of years and often find making it impossible to separate what’s an illusion from reality.

At this point in time, it is unclear to know the source or the strange hauntings of this dense forest. In the past the history started with a strange vanishing of peasants over 200 plus years ago. These peasants were never seen or heard from again. Many people seem to believe this was due to the reported UFO sightings that were photographed by biologist Alexandru Sift in the 1960s. During this time his pictures showed flying objects that gave the forest a reputation of strange phenomena that is not of this world. Through the many years of vanishing in Hoja Baciu’s one case of a shepherd and his 200 sheet defies any reasonable explanation. In addition, a five-year-old girl vanished without a trace for 2 months then reappeared out of nowhere.   One of the strangest events that ever occurred in the forest was a woman who disappeared with a 15th century coin in her pocket then she returned as if no time had passed.

In conclusion there are so many documented firsthand reports from people who have visited the forest over the centuries that over get strange symptoms. These symptoms range from severe rashes, headaches, and burns on their arms/legs. These symptoms add to the forest’s mystique and unexplainable phenomena. Many people tend to believe that the soil within the forest is the cause of the symptoms. Within certain parts of the forest there appears to be high levels of uranium that causes radioactivity in certain parts. Only time will tell if the paranormal activity and strange events in the forest increases over time. People will have to continue to keep their eyes focus on the night sky and avoid going there if possible.