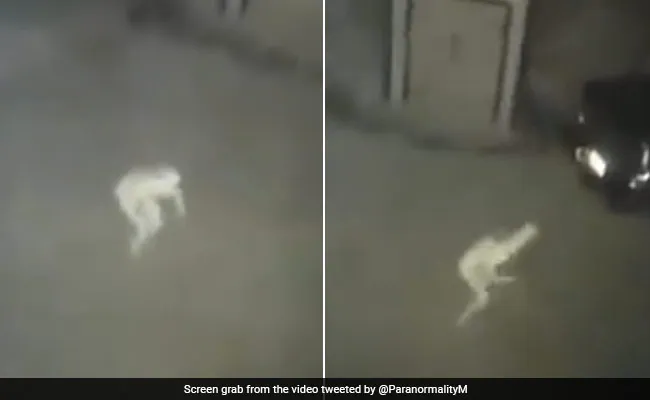 The recent clip was shared with the captain “Here’s the video of the Pale creature caught on a security camera near Morehead, KT on July 9, 2022. Currently the total amount of views of the clip is over 500,000. Over 2000 Twitter users were very intrigued by the video and had a discussion on what the figure could be.  “The question I have is, is this infrared”? One user wrote on his Twitter page. Since the figure could be dark and showed up white.

A local firm that claimed to be working in the field of paranormal research studied the video from different angles. They recently wrote the following statement. “To answer why the camera is moving, you can see the reflection of the person recording this footage from their phone in the glass of the monitor… as to what it is, a recording or a recording degrade the quality of the original footage. No way to know what we’re seeing.” On the 2016 movie Spectral, various filmmakers had shown a moving Einstein-Bose style condensate that was swirling around, killing people by freezing them, and defying any attempts to destroy them. This figure has been mentioned as a possible cryptid but there is no actual proof on what it could be. In the coming months this figure will be a hot debate among so many. Only time will tell if any additional information is found.